We are delighted to be starting 2020 with two new additions to our list of producers. We like to think we offer one of the most extensive cider lists in the country, working with over 85 producers from home and the continent. Adding to our ranks now is two extremely popular and upcoming producers; Bushel + Peck and Tricky Cider!

Bushel + Peck, simply gather unsprayed fruit from gardens and traditional orchards all over Gloucestershire and use them to make the best cider and perry possible, in a straightforward way.

Many people who have apple trees in their back gardens don’t know what to do with all the fruit.  We use that surplus fruit to make fine Bushel + Peck cider and perry.  In return we give our fruit suppliers free cider, or apple juice if they prefer.  It’s a sustainable way of making cider, using locally available fruit that might otherwise go to waste.

Although a very small cider-maker, B+P still collected about 2 million apples during the autumn of 2016, with that figure likely to have increased four years on. That’s (quite literally) millions of apples picked by hand, washed by hand, pressed by hand (with a little help from a hydraulic pump) and, once fermented and matured, bottled by hand.  All very much like the way cider has been made in Gloucestershire for centuries – using local varieties of local apples to make local cider, to pay farm workers (in part) in times past, and now for enjoyment.

After you’ve tried a cider from Bushel + Peck cider or perry, we hope you’ll think all their effort was worthwhile. 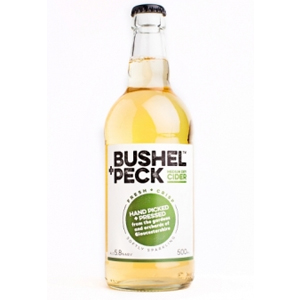 Fresh + Crisp – more typical of the way cider is made in the eastern counties of England. It is what it says, refreshing, with a pleasing appley aroma and a clean, crisp flavour. 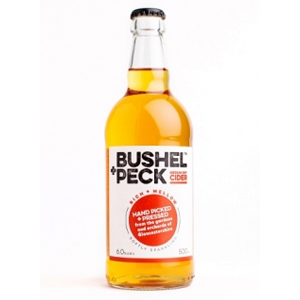 Rich + Mellow – made with variety of sweet, bittersweet and bittersharp cider apples. It has a greater depth of flavour and complexity, characteristic of cider apples. A well-rounded and smooth cider. 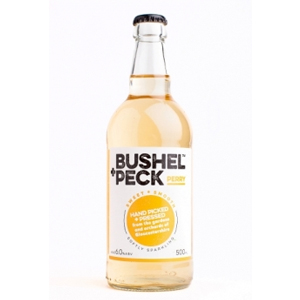 Perry – delicate, refined, smooth and subtle, with a distinctive acidic twang. It’s made with a blend of perry pears gathered from some truly magnificent trees around the county. Some have compared it to drinking prosecco.

Tricky Cider is run by Matt Gillett, a lover of both Cider and Somerset. A life long disciple of cider, Matt took over Tricky in 2018. Now operating from Higher Willand Farm high on the Blackdown hills he aims to produce high quality traditional ciders with complex rich flavours and tannins. His not so secret approach is to make use of the many old and varied orchards that exist across the Somerset levels to source not only a wide variety of fruit, but some of the best quality and most sought after cider apples around.

At Tricky they believe that real craft cider is not getting the recognition it deserves. Unlike the majority of mass produced ciders available today, their cider is only made from real cider apples, never from concentrate. Sugar is only added to sweeten a dry cider and not to increase alcohol content. All Tricky fruit ciders are made with their own cordials including elderflower from the farm, and rhubarb from our generous rhubarb donors!

Tricky available at Fetch The Drinks: 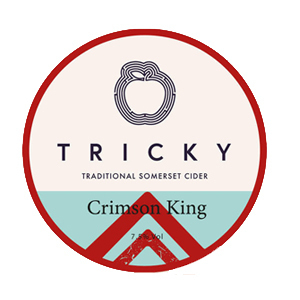 Crimson King – smooth with a scent of vanilla and a bite to finish, a strong dry cider for cider lovers. This single variety cider heralds from a cluster of 8 majestic trees on the slopes of Pennand Hill near Glastonbury. 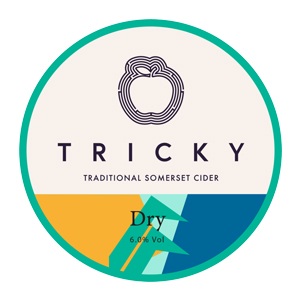 Dry – their signature cider is a smooth and tasty blend of cider apples; mixed varieties from old orchards combine with some of Somerset’s favourite apples to make a fine dry cider. 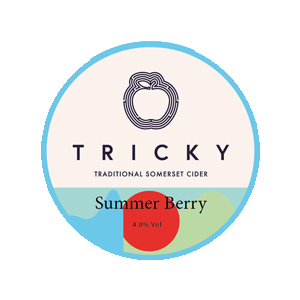 Summer Berry – a dark berry red Wizard, a refreshing and easy to drink taste of the summer. 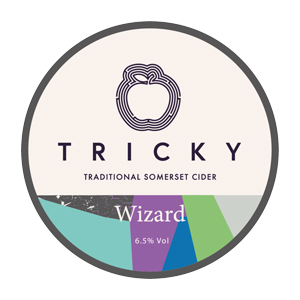 Wizard Medium – is made from a base of Yarlington Mills and Dabinet. Well balanced and full of flavour.