On the 1st May, Fetch The Drinks hosted their very own Cider Festival, Cider Fex, at the Shelley Theatre in Boscombe. 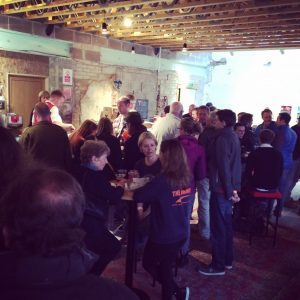 Being our first event we were unsure what to expect. How many people would come? Have we chosen the right ciders? Has the event received enough publicity and most importantly will people enjoy it? Well looking back on the event we have to say it was a resounding success. 200 people attended and all stayed right until the last orders bell was rung, enjoying the ciders, atmosphere and the live music from Thirstyman and The Sarah Griffin Band.

We had chosen 13 ciders which we were going to have on offer, and it must be said all were equally as popular as each other. It will make next years selection committee even the more difficult. We had ciders from Dorset, Devon, Somerset, Wiltshire, Oxfordshire and Scotland. The ciders selected were; Dorset Sunshine, Wessex, Burrow Hill, Countryman, Hitchcox, Farmer Jim’s medium and Copper Top, Lawrence’s, Hunts Strawberry, Dorset Nectar Raspberry, Orchard Pig Maverick, Thistly Cross Whisky Cask and Twisted. We hope to add to the range and offer a different variety at the next event, thus hopefully covering at least one product from all the producers we represent. 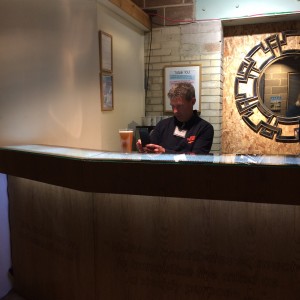 The night began at 6pm, after an afternoon of preparing the venue from the Fetch The Drinks team and the kind volunteers at The Shelley Theatre. The band area was erected, posters and programmes were printed and arranged, Fetch The Drinks beer mats placed on all tables and the mandatory taste test from the boss was undertaken before all the guests arrived. We were assured this is one of the most important factors of hosting an event like a cider festival while he made his way through the 13 ciders we had on offer.

Our first guest arrived at bang on 6 and there was a steady stream of cider drinkers for the next few hours. They were able to enjoy their first half pint which was included in the entrance fee and live music from the bands which began at 8.30.

Thank you again to everyone who attended and made our first festival such a success. We hope to see you all at the next one, but if you can’t hold out until then please find all our products available on our website http://fetchthedrinks.com. 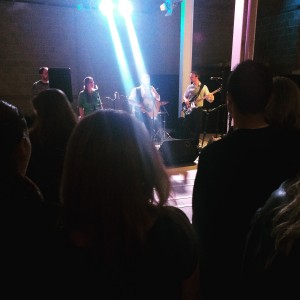 Or if you would like us to a host a cider tasting event or cider festival for you email cheers@fetchthedrinks.com for any further enquiries. We often get many requests like this so please don’t hesitate to ask.